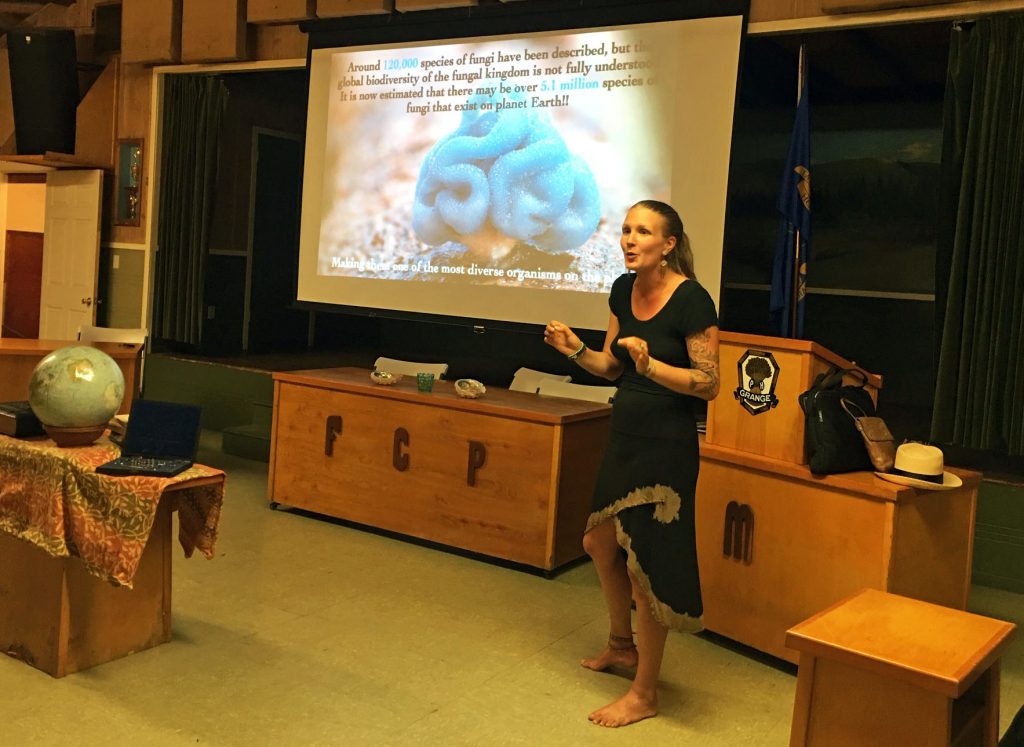 Taylor speaks as the voice of the fungi. She moved here 2-1/2 years ago and has enjoyed being in this location where there is a well-established mushroom community. Our August Potluck Meeting audience was fascinated with her display of items made from mushrooms and books about fungi and her talk about the vast array of uses and benefits of mushrooms. Here are some highlights:
.
General Information
Mushroom information
Soil Building
Applications with environmental problems
Innovations
Healing
Resources 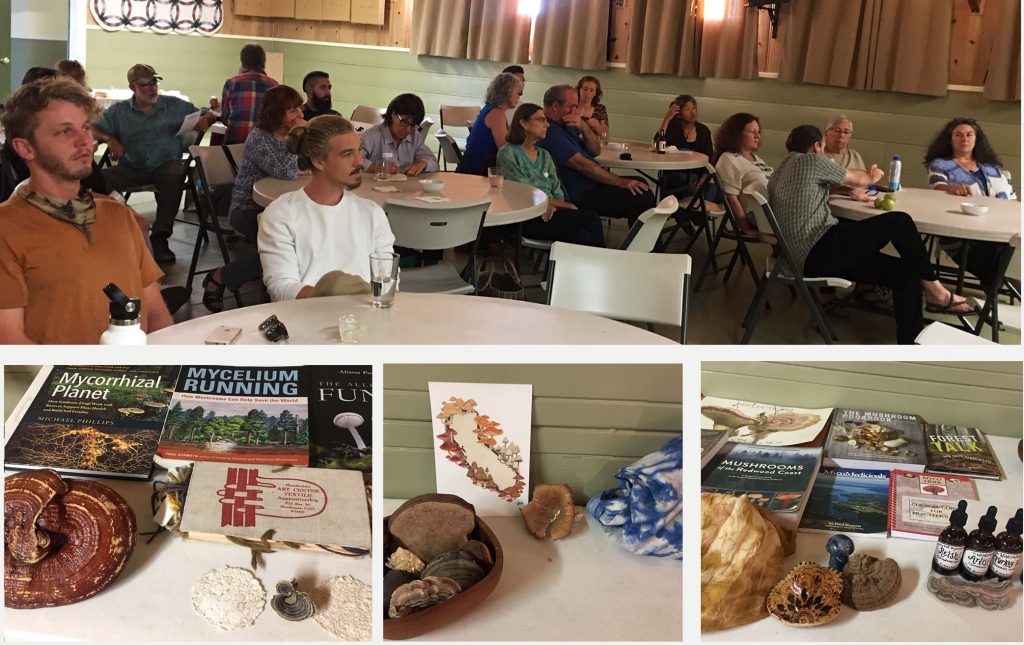