Grangers are talking about… 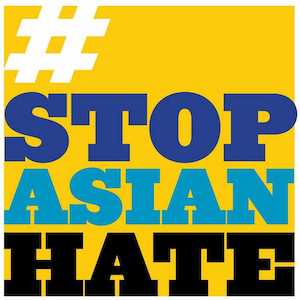 The recent murders in Atlanta and attacks in Oakland and San Francisco have brought to national attention to what, unfortunately, is not news to many: bigotry, misogyny, and racialized violence in our country is thriving and Asian and Pacific Islander Americans are frequently the targets of hate crimes and acts of terror. White supremacy lies at the heart of these attacks; the Atlanta attack painfully highlights the intertwining of racism, misogyny, and racist fetishization directed towards those perceived to be sex workers.

As a group organizing white people against white supremacy, we particularly decry any attempt to downplay or distract from the racial animus of the Atlanta murders. Justifying heinous acts of violence by highlighting the mental health issues of the murderer is a luxury afforded almost exclusively to white murderers and further perpetuates a culture that consistently fails to hold the perpetrators of systemic violence accountable. We will not allow these claims or any victim-shaming to distract us from the larger issue of white supremacist violence that is alive and well in our country right now.

We will continue to take action to address the growth of white nationalism and terror. We wish to extend a message of support and solidarity to all in our communities who are of Asian & Pacific Islander descent: We see you, we value you, and we stand with you.

Allies, please find some resources and actions you can take below: