Grangers and friends enjoyed pizza, lots of shared salads and sides, homegrown fruits and vegetables, and some scrumptious desserts. 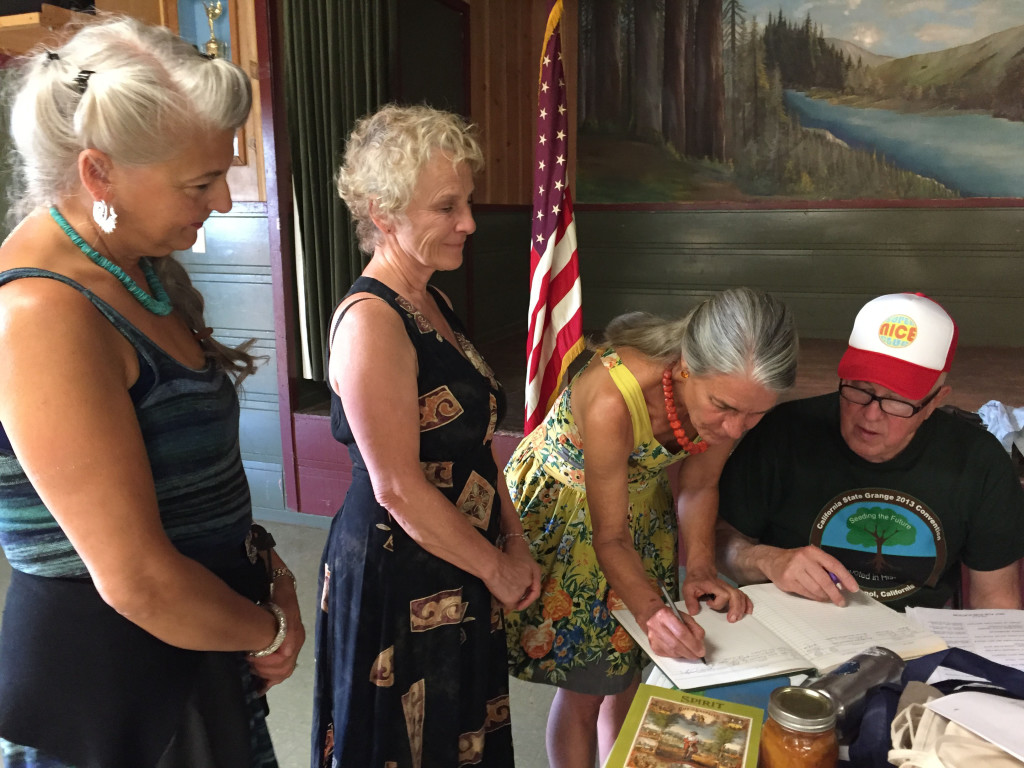 Jannike and Pauline Allen, Grange scholarship recipients, told us about their school experiences: Jannike going to Portland State University for Environmental Science; Pauline went to SRJC, spent a year in Norway, and is now on to Evergreen State College in Olympia WA, Environmental Studies/Science. 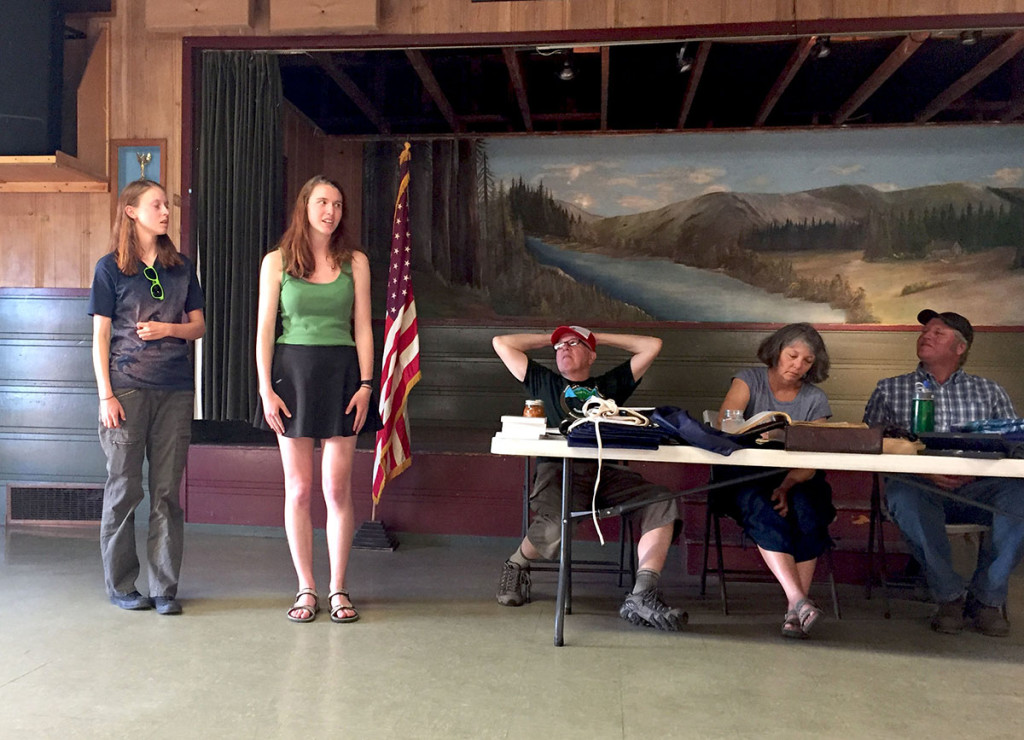 Past President Jerry Allen led a sing-along of his song “We Gotta Vote, Every Day” about the importance of buying and banking local. “Sonoma County citizens send $22 billion every year to Wall Street banks and only 1% ever comes back. We can change that…” he says.

Analise and Ariel Scholten told us about the many awards they won at the Sonoma-Marin fair for their lifestock. 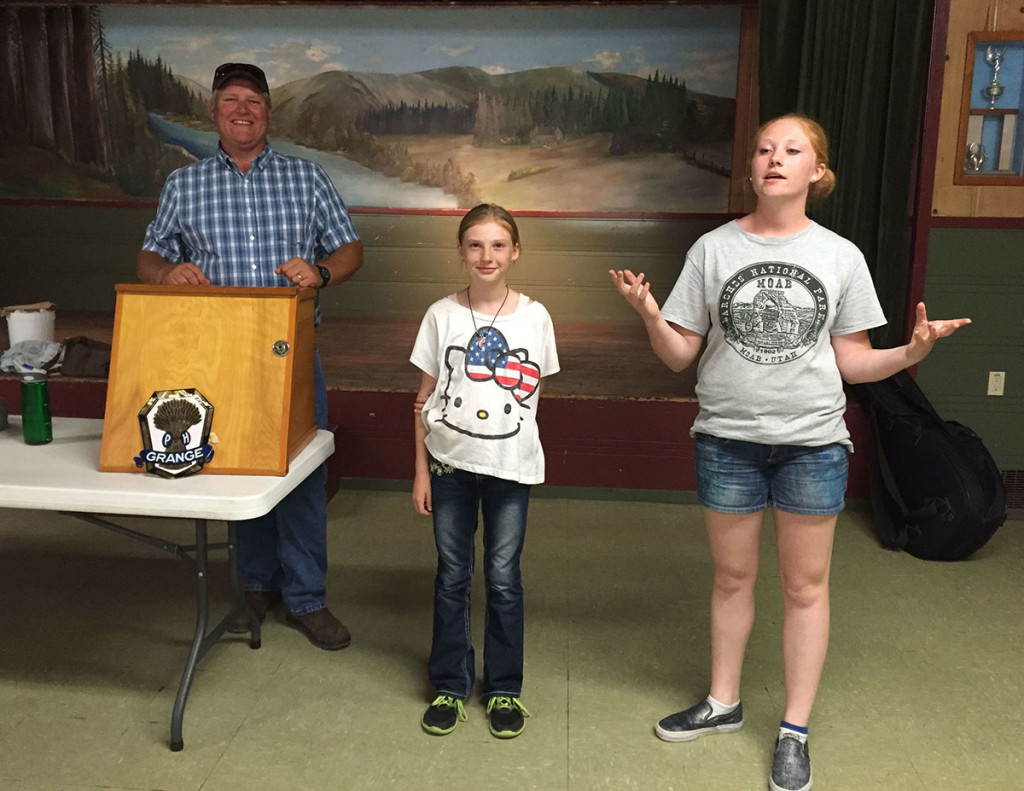 Jerry Allen, past president of the Sebastopol Grange, was sworn in as a member of the California State Grange Executive Committee by president Vince Scholten.  Our Grange treasurer, Gary Abreim was elected at the convention to be State Grange Treasurer. Vince was elected State Grange Gatekeeper. 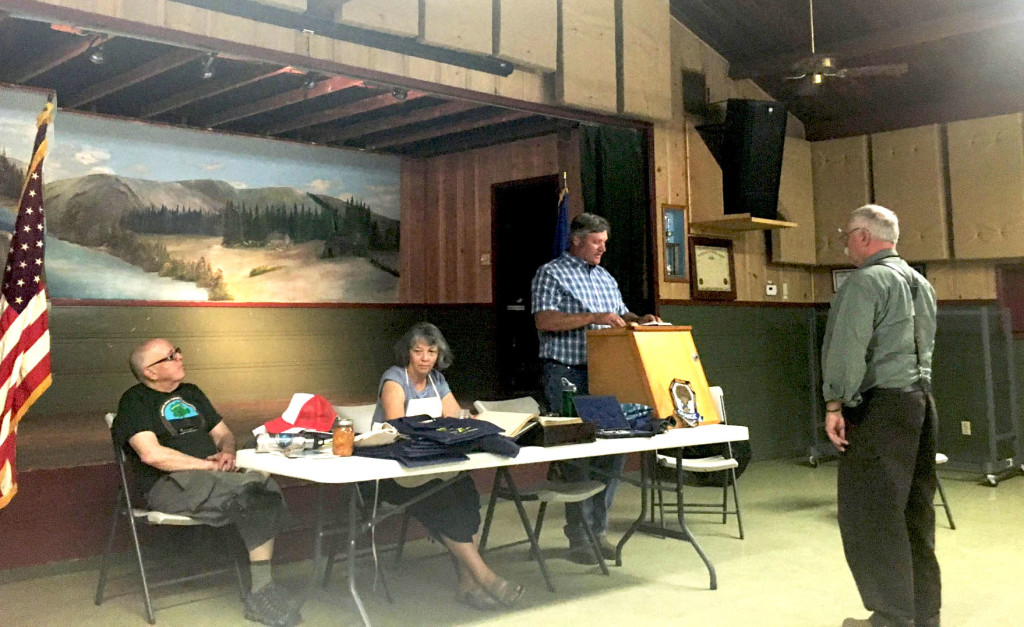 Our delegates to the State Grange Convention, Vince and Lecturer Evan Wiig representing the Sebastopol Grange and Gary and Jerry representing the Sonoma Pomona, spoke about their overwhelmingly positive experience at the convention and the collaboration and progress that was made there.