New generation discovers Grange as relevant today as 150 years ago

The crash shook America to its core. Decades of laissez faire economics, corporate gambling and too-big-to-fail banks had inflated a bubble that, when burst, plunged our country into financial ruin. From the rubble of mass unemployment and foreclosed homes, a grassroots movement emerged, denouncing rampant corruption, bloated monopolies, predatory creditors, and the simple fact that a mere one percent of the population controlled an extravagant share of our nation’s wealth.

The year was 1873 and all across America, the 99 percent—largely comprised of hardworking farmers—began joining the Grange in droves, a newly formed fraternal organization intended to improve the lives of rural citizens. Unique for its time, women were encouraged to participate, as was any kid who could draw a plow. Along with hosting classes, town functions and dances, of the first orders of Grange business: leverage the power of community to form cooperatives and demand the regulation of railroads and grain warehouses, at that time controlled by Gilded Age robber barons.

Five years ago, most of us in West County passed by an old, non-descript building on the side of Highway 12 without ever noticing the locked gate, dusty parking lot and placard above the door that reads Sebastopol Grange No. 306. Rural America had changed in 150 years—as had agriculture itself. Where once a populist uprising led by agrarians could become a real force in culture and politics, today a handful of massive companies produce most of our food while many of the younger generation have never set foot on a working farm.

Meanwhile, the very nature of civic organizations has changed. Membership at Granges nationwide declined by 80 percent in the last half of the 20th century. Some blame the rise of television for the decline of the Grange and similar clubs, others irrelevance and apathy. But whatever the reason, our own hall was no exception; as of five years ago, the Sebastopol Grange claimed less than ten members—most of whom hovered around retirement age. They occasionally hosted a quiet pancake breakfast, renting out the hall on weekends, but otherwise the rest of us heard little from them. 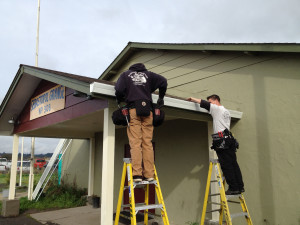 In just a few short years, membership exploded to well over 200 strong, young and old, farmers and non-farmers alike. The old hall has been renovated and the parking lot striped to quell the frequent overflow of cars onto the side of the highway. That once overlooked hall now hosts jam-packed meetings, fundraisers, workshops, film screenings, music, theater and so much more.

The seed of this revival?

The historical imperative that originally launched the Grange is now capturing the imagination of communities not just in Sebastopol, but Mendocino, Santa Cruz, San Luis Obispo and beyond. Newly-minted Grangers, such as those who coordinate the Village Building Convergence, are recognizing historical parallels, acting on the necessity to organize locally, work together and retake the commons.

In addition, a fast-growing “food movement” is mobilizing a younger generation to engage more proactively in the system that feeds them, whether by pursuing careers in sustainable agriculture—such as members of the many Farmers Guilds that call a Grange home—or by advocating for food policy change. Like the old struggle against railroad barons, young people today are standing up to modern threats of food system monopolies, exploitive practices and the patenting of seeds.

As Millennials come into adulthood, many of us are realizing that the “community” of Facebook and the “sharing economy” of Uber only go so far; as we grow up and grasp the real-world threats to our local neighborhoods and to our world, many of us are searching for more meaningful human interaction and deeper civic engagement.

Meanwhile, during its half-century slump, the populist activism of the Grange at the national level has changed. The National President has expressed his disapproval of any “big is bad” perspective, shunning endorsements for GMO-labeling taken by what some see as rogue Granges. He warns that “Consumers are demonstrating their enthusiasm for all things foodie, demanding fresh, local foods, the raw authenticity of farmers markets, [that] we have a new public passion, particularly among millennials, for food and agriculture but that passion is embedded in a caricature of a bygone era.”

As a Millennial who has helped rejuvenate more than one Grange and attracted hundreds of agricultural entrepreneurs back to those halls through our work with the Farmers Guild—I know that our “passions” aren’t embedded in “a bygone era”. They are embedded in the future, in what’s possible. Any organization that fails to listen to its younger members and recognize what’s on the horizon has already announced its twilight.

The California State Grange (now the CSG), with one of the youngest and fastest growing memberships, is currently embroiled in a complex lawsuit with the National Order of the Grange. In a very ungrangerly fashion, misinformation and fear-mongering abound from every direction, like a child custody battle in which everyone loses.

But the Grange has always been a democratic organization. Don’t like something? Get out and mobilize! That is why many of us at the Sebastopol Grange, despite ideological differences with the current leadership, look forward to a peaceful reconciliation with our fellow grangers around the country. Meanwhile, we will continue to focus on our own local programs and convictions. Millennials will soon inherit the earth as well as the Grange. And we will do our best to leave both better off than we found them.

“In essentials, unity; in non-essentials, liberty; in all things, charity.”

NOTE: Join us for our monthly Potluck & Meeting on Tuesday, October 27, 6pm, when we will discuss the future of our Grange. 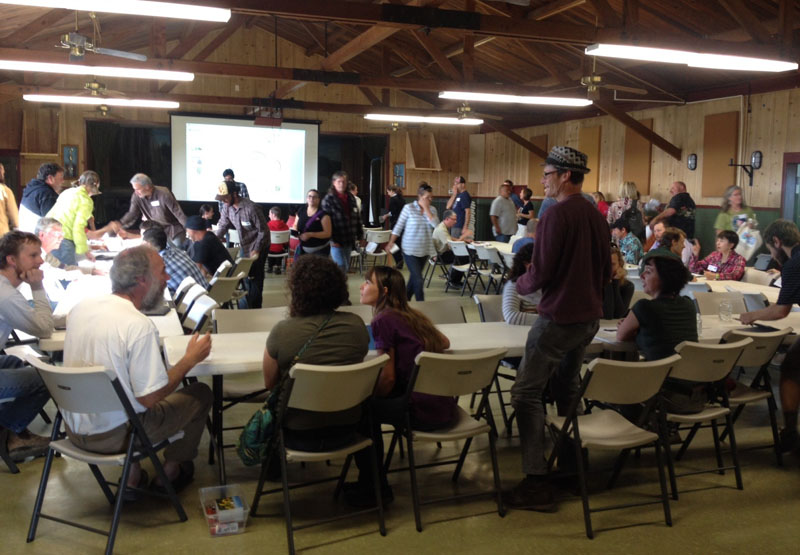